A riddle inspired by Pirates of the Caribbean. 📜 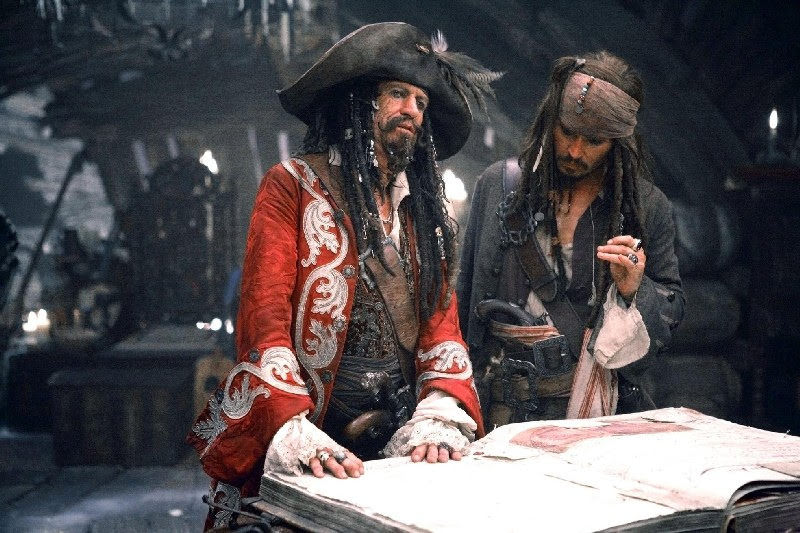 You (Captain Jack Sparrow) have been sentenced to DEATH by the infamous BLACK BEARD so that he may be forever young through the FOUNTAIN OF YOUTH.

You are permitted to pick out one of the pieces of parchments (without looking), and if you choose the one with “LIFE” written on it, you are set free.

Otherwise, the death sentence is carried out and YOUR LIFE WILL BE SUCKED UP CLEAN by BLACK BEARD. 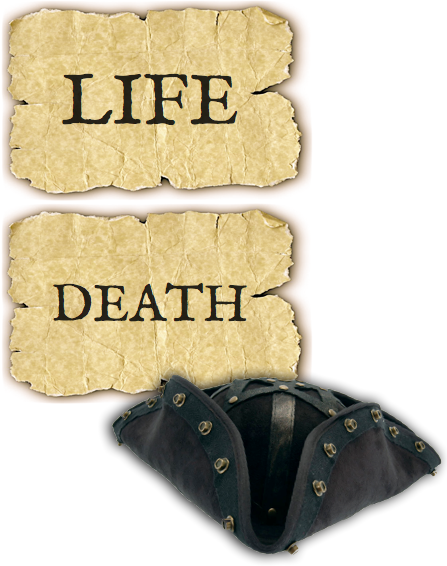 Barbossa gleefully tells you of what he has done and that you ARE SURELY DOOMED.

He then successfully casts a curse on you that FORBIDS you from speaking to anyone about his terrible misdeed.

Barbossa has also made sure you have absolutely no chance to switch the paper or the hat in time.

How will you, Captain Jack Sparrow, avoid CERTAIN DEATH??? 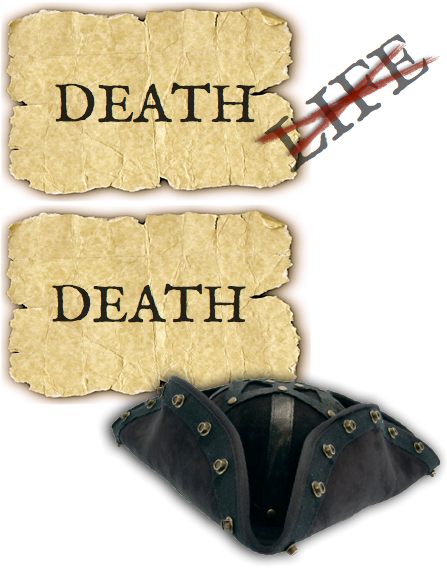 You just gotta think out of the box a bit.

When you're asked to choose which parchment, simply choose either one and then quickly swallow it (as in put it in your mouth and make sure it gets fully digested).

That Jack is a clever one, I tell ya.