Why I want to attend Holberton. 📮 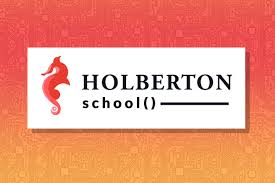 This challenge is my personal essay, where I tell you why I want to become a software engineer and why I want to attend Holberton School.

Why do I want to become a software engineer? 🔗︎

When I was in elementary school, my goal was to become a vet. I was 10, I had just gotten my first dog, Nefer, and I was just hooked. Before this period, I had never considered a formal career choice. It hadn't even crossed my mind. But when I found out I could take care of them for a living, I thought I was set. I realized later I don't actually like every animal out there (like cats, for example) and I realized vets had to like all kinds of animals. It became out of the question.

So, later in middle school, I turned to focus on biology. I was sure I wanted to become a biologist, venture into the unexplored fields of pathology and find the next great vaccine. It also didn't hurt that my biology professor was so inspiring.

However, in high school, biology alone felt like it had a limited scope, and so once again, I pivoted my attention to bioinformatics, the combination of biology and computer science. “This is where all the innovation is happening!", I thought.

And that would be that.

Or so I thought.

As much as I loved the field of biology (and I still do), I couldn't actually see myself getting a bachelor's degree in biology.

To me, a bachelor's in biology would equate to 4 years of drudgery involving busy work where I would be competing with a whole bunch of aspiring medical school zombie students.

Also, I was starting to resent the overall formal education system even though I doing well academically by my family's standards.

My junior year of high school, I figured, well, why don't I just major in computer science? It's the other half of bioinformatics that I have little to no experience in. And once I finished my degree in CS, I could still do on to work in bioinformatics. It was a win, win!

So I went out on my quest to learn how to code.

The holy grail in question was enough programming experience to be able to fly through my freshman year in college. And fly I did. Through the learning, anyways.

I realized after roughly a year of venturing into the land of Lisp (that's a joke), Python, JavaScript`, HTML, and CSS all on my own virtually that I LOVE CODING.

I loved feeling like this kind of digital wizard that could literally create something out of thin air (or with a good text editor).

Computer science turned into something I wanted to do for the long-term, not just this stepping stone to a higher learning quest.

This big change in mindset had small beginnings, but it's changed me for the better, and I find myself delving deeper into the infinite cave that is covered with digital hieroglyphics.

There are no regrets. I'm not looking back. There is no pivot.

But why Holberton? 🔗︎

I've actually attended a program that had a similar education model as Holberton, so I'm not new to the idea of project-based learning. It's a brilliant concept.

It was a wonderful program that emphasized the practical over the theoretical.It was completely immersive and ridiculously fun/challenging. In fact, because of this program, I was able to last my current gig as a front-end developer.

The program in question is Fullstack Academy's Summer of Code.

Now, Fullstack Academy was just 11 weeks and I know I've become a much better developer because of it. Imagine what could happen if I had two whole years. Magic!

When I first heard of Holberton, the first thing going through my mind was how great it would be to attend a long-term program that matched Fullstack Academy's model. I don't feel like I'm ready to stop learning!

Regardless of the outcome, I wish the best of luck to organizations like yours that are encouraging a better kind of model for becoming a software engineer. We need more systems like yours!