Material I developed while taking the Connective Media class at Cornell Tech. 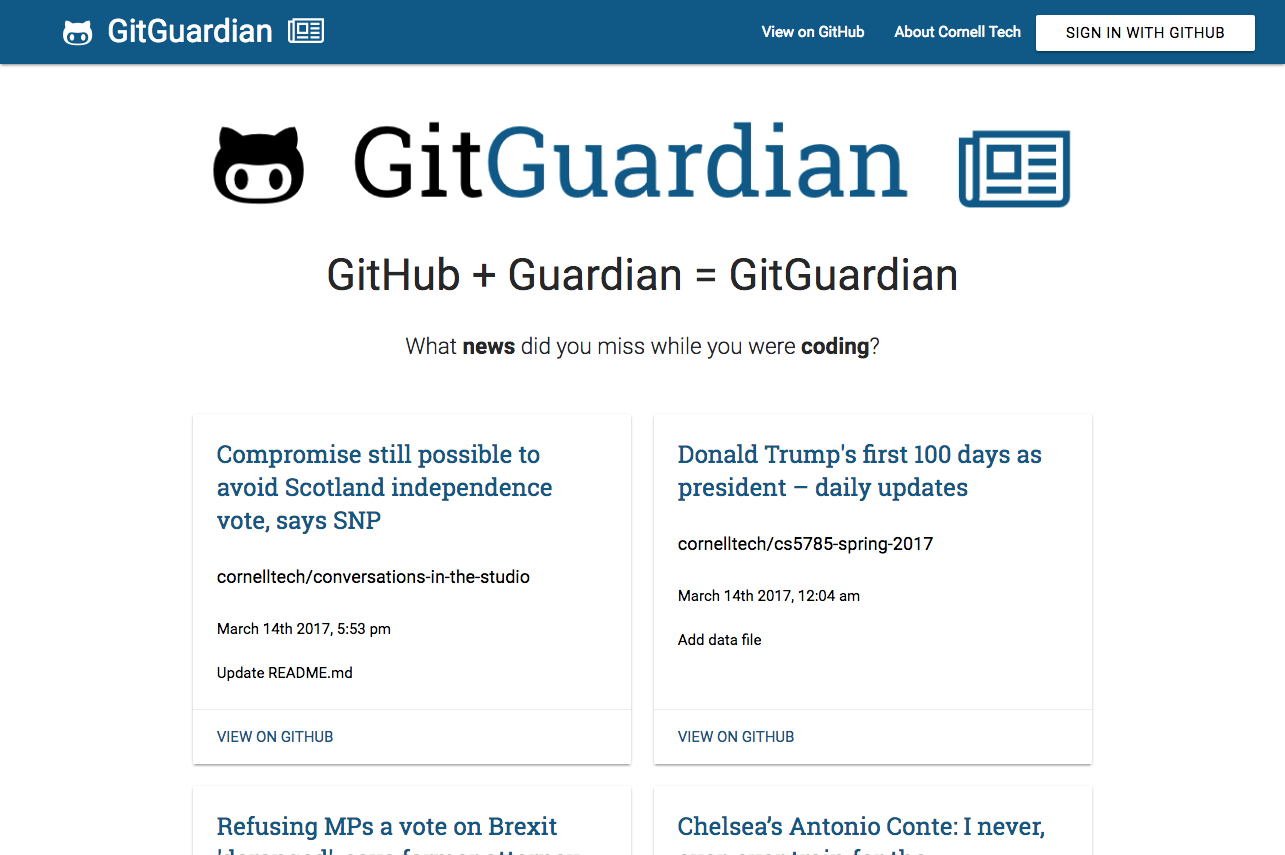 Tinkered with Materialize CSS and two different APIs for a Connective Media project at Cornell Tech.

The goal of the project was to combine 2 different APIs together in an interesting way. So in the end, the GitHub API was combined with the Guardian API so that for the user logged in, it would showcase their GitHub commits and which Guardian headline was released most closely to that commit in terms of time.

I’ve played around with Material Design before for other projects (primarily using Angular Material) and I definitely felt the Material like colors and patterns this CSS frameworks provided a similar feel and it was easy enough to format the cards so they were all evenly stacked.

Surprisingly pleased with the overall outcome for this small project!

I will be using Materialize CSS in the future for sure.

Presented May 4th, 2017 To present an analysis of comments on Reddit as part of a class project Connective Media Technologies Spring 2017 Cornell Tech FVCpro...