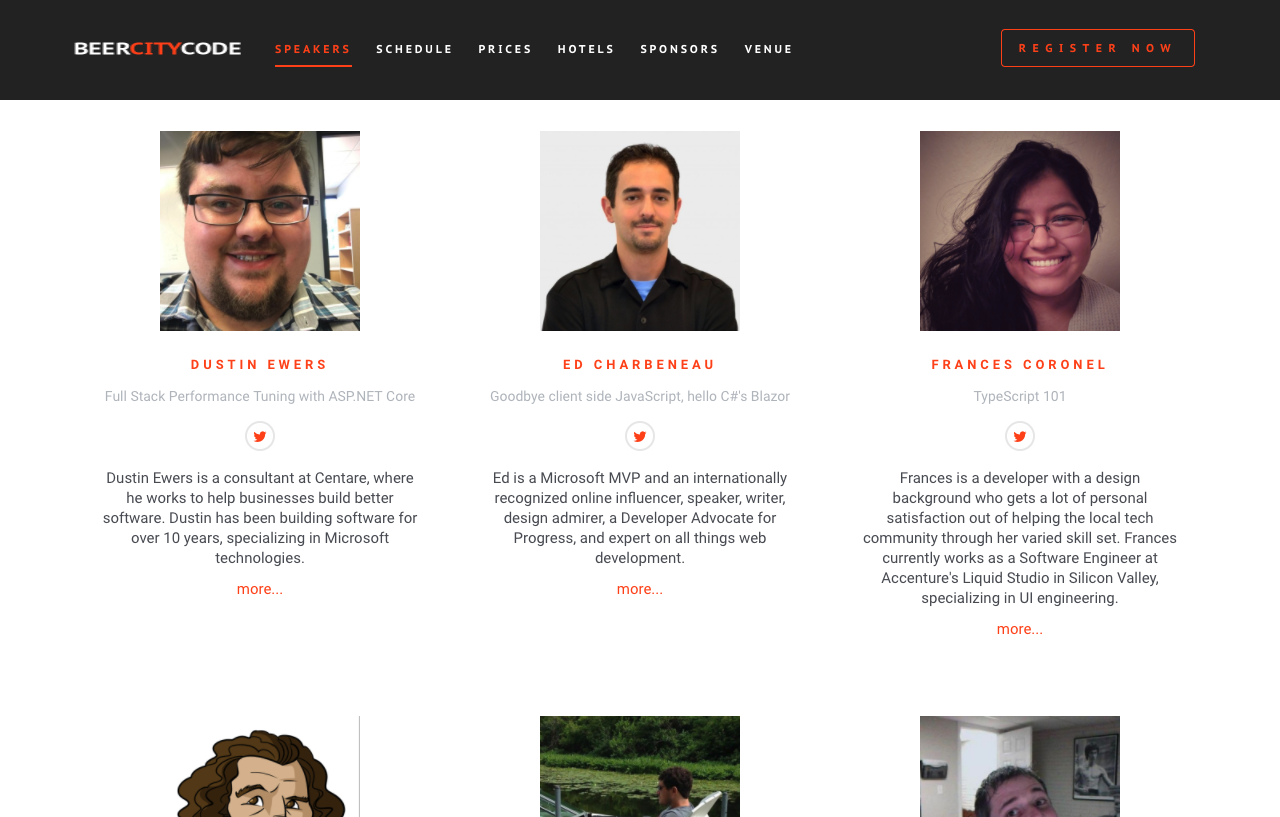 Beer City Code is an annual conference for software developers held in Grand Rapids, MI, also known as Beer City, USA. Software creators of all types are welcome, even those who don’t care for beer. 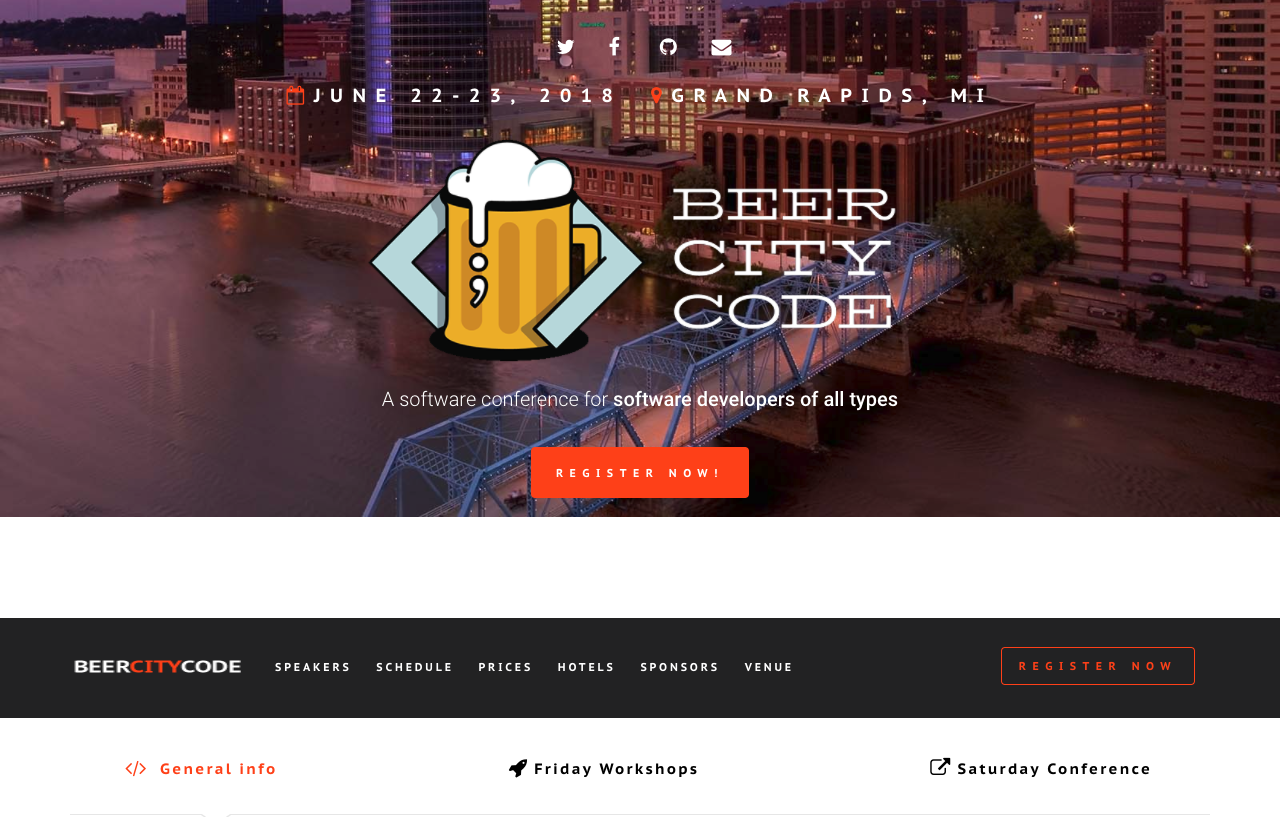 Super excited for @BeerCityCode this weekend! :D Especially excited for the Typescript talk by @fvcproductions and the CSS talk by @GoogleDevExpert @saltnburnem .

Enjoyed getting the know TypeScrpt at @fvcproductions talk! Excited to do my homework on it this weekend 😁 #beercitycode #TypeScript

Presented Saturday - June 23rd, 2018 I presented a 45-minute version of my "TypeScript 101" talk that serves as a short introduction to TypeScript and the ben...