I was the moderator for a panel celebrating and recognizing Latina engineers. 🇵🇪️️ 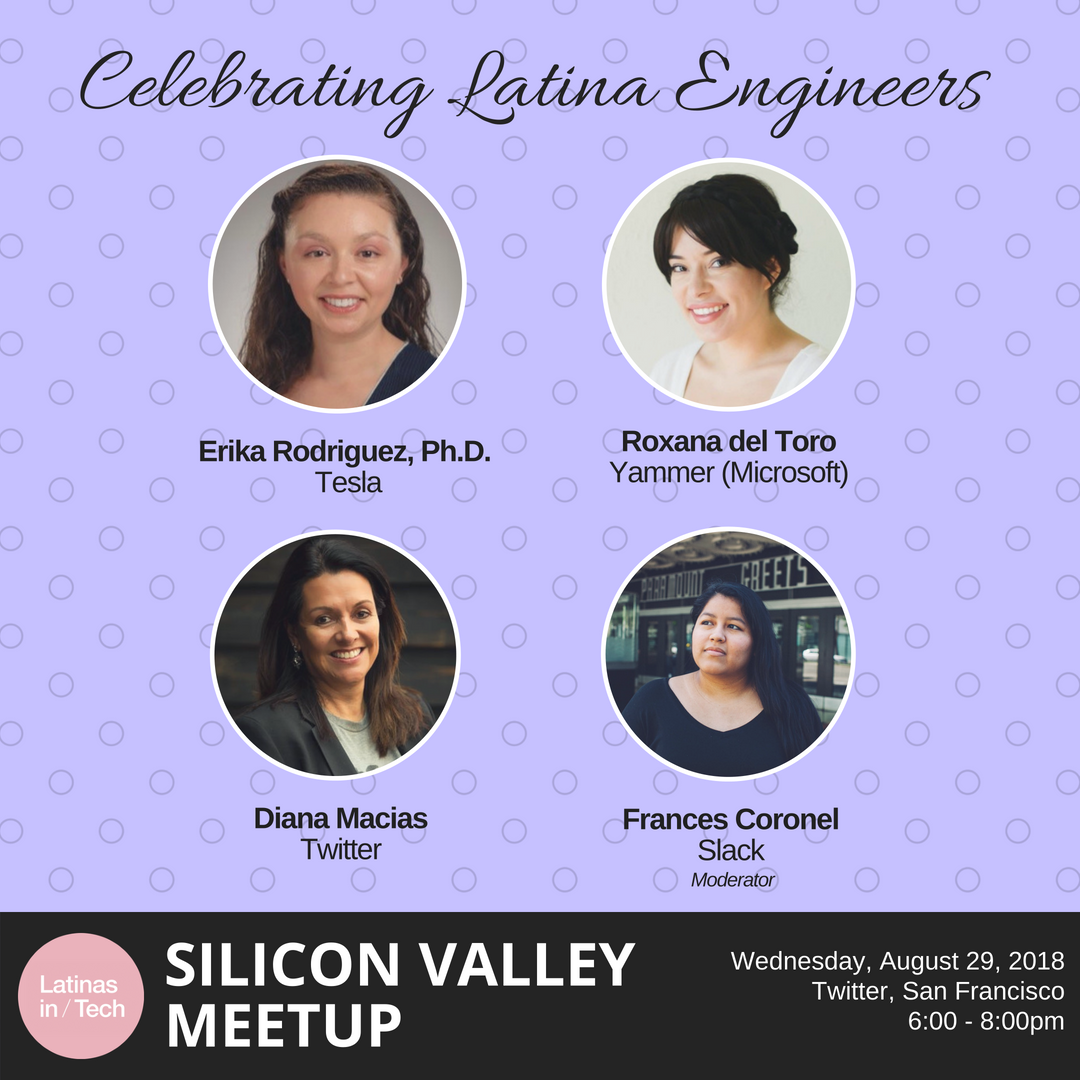 Our next Latinas in Tech Silicon Valley Meetup will be at the beautiful offices of Twitter in San Francisco!

Please join us for next Meetup where we will be celebrating and recognizing the Latinas at the heart of tech: las engineers. We have an amazing panel of Latina engineers paving the way in the industry and leading new product innovations.

As always, this event will also serve as a wonderful opportunity to meet and connect with Latinas working in the tech industry. You will leave inspired!

Space is limited, so reserve your spot today. Gracias to Twitter for hosting us. We hope to see you there!

Our next Latinas in Tech Silicon Valley Meetup will be at the beautiful offices of Twitter in San Francisco! Please join us for next Meetup where we will be celebrating and recognizing the Latinas at the heart of tech: las engineers.

SiliconValley Please join us at our next Latinas in Tech Meetup at @Twitter to hear from a panel of amazing Latina engineers: Erika Rodriguez of @Tesla, Roxana del Toro of @Yammer, @maciasd of @Twitter and @fvcproductions of @SlackHQ. Register here 👉 https://t.co/36ZfZcjAkK

Tonight @TwitterAlas hosted @latinas_tech , a nonprofit that empowers Latina's working in tech. With more than 3,000 women representing +15 countries, this organization is dedicated to celebrating #LatinasInTech and inspiring all of us to do the same!

Our meetup "Celebrating #Latina Engineers" is starting now! We start with a review of our community, that has grown a lot in the past year!

Let's celebrate the fact that we are #LatinasinTech, we shouldn't hide it or put it away" Roxana del Toro

“I would like to thank you for taking the time to speak with me after the Latinas in Tech event at Twitter. I enjoyed hearing about your experience and journey working in tech.”

For all panelists 🔗︎

Some of these questions were re-worded or not asked.

Join the conversation: ask your questions & vote in live polls.